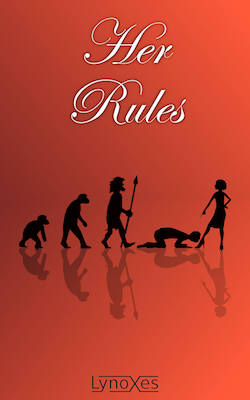 After nine years of marriage, whatever feelings Annette and Andrew once had for each other have more than just fallen asleep - they’ve faded entirely. Everyday life has caught up with the couple, leaving them bored, unhappy, and dissatisfied with pretty much everything. Annette finds it difficult even to draw her husband's attention, much less inspire him to try something new. Any proposal to spice up their love life are immediately nipped in the bud, and Andrew certainly isn’t contributing suggestions. A never-changing, unsatisfactory routine begins to dominate their bedroom, and Annette can’t see a way out.

Is a separation the only solution?

Then Annette discovers female domination. Desperate to save her marriage, she decides to give it a shot and throw the status quo out the window. At first, Andrew isn’t thrilled, but Annette’s not going to give in that easily. She knows that Andrew has a secret desire himself.

With a small game and a lot of risks, she might just be able to revive her dying relationship.